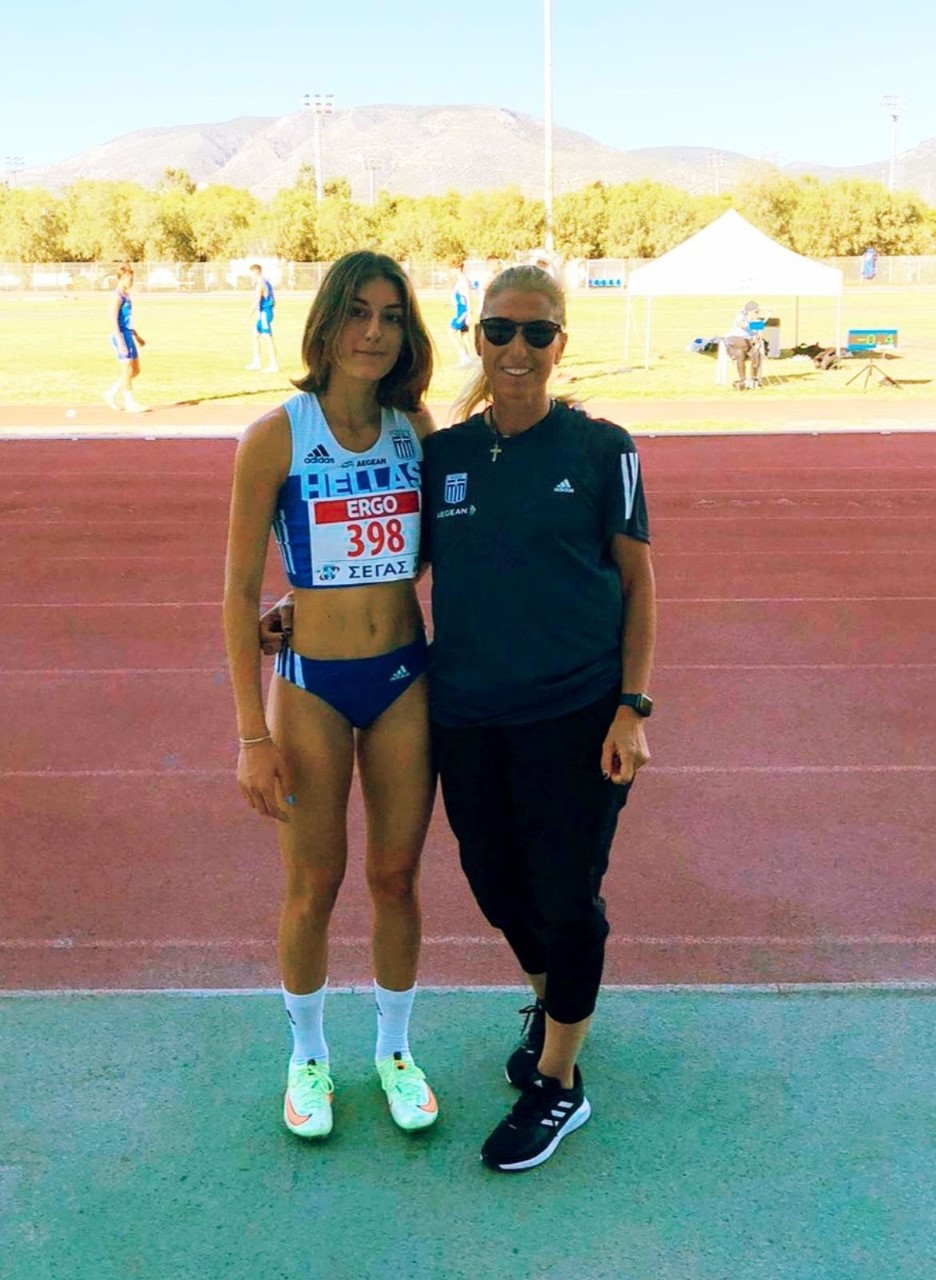 Ioanna Tsoni, Pierce student on an athletic scholarship, won the bronze medal in the 100m hurdles (U18) with 14.96  in the International Running Meeting Greece-Cyprus, held in the premises of Aghios Kosmas on July 20-21.

Ioanna is the first Deree Track & Field Academy athlete who represented Greece in an international running event, and won a medal in her first appearance! 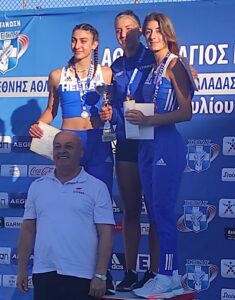 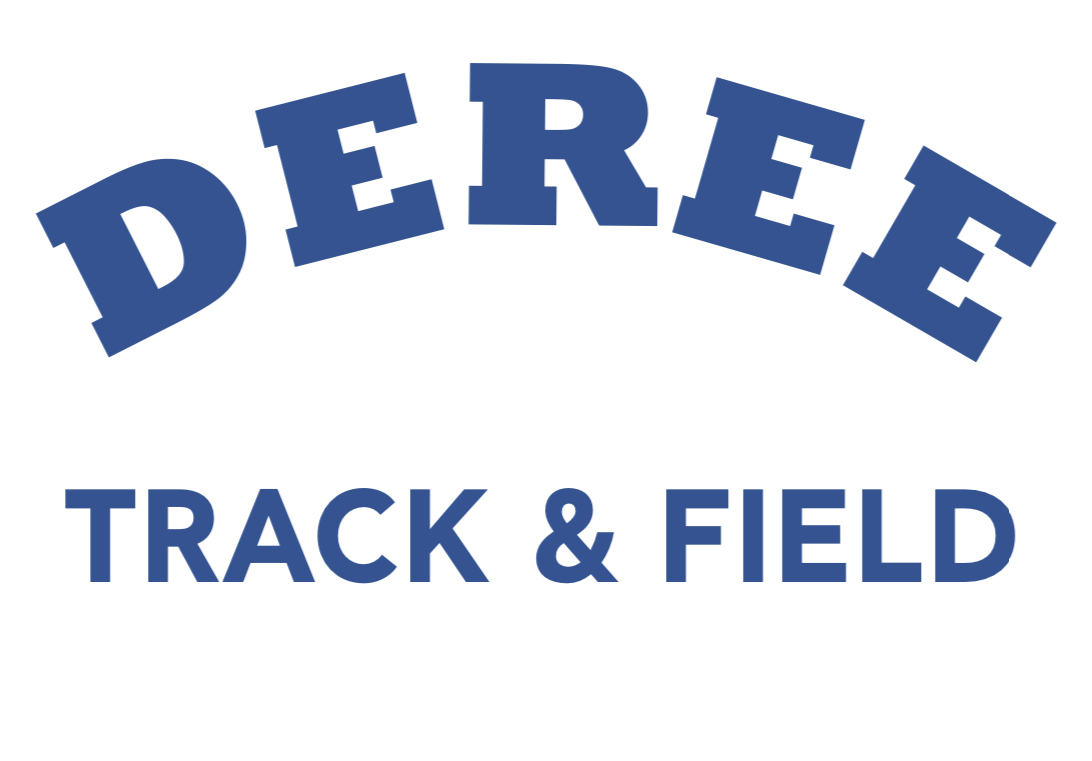 Great success for Deree Track & Field Academy by winning the 4th place in the Pan-Hellenic U16 Boys-Girls Championship/4th Group, held at EAK Agios Kosmas on the weekend of July 2-3!

In the games 56 clubs participated, and our team also won:

Congratulations to all athletes and coaches! 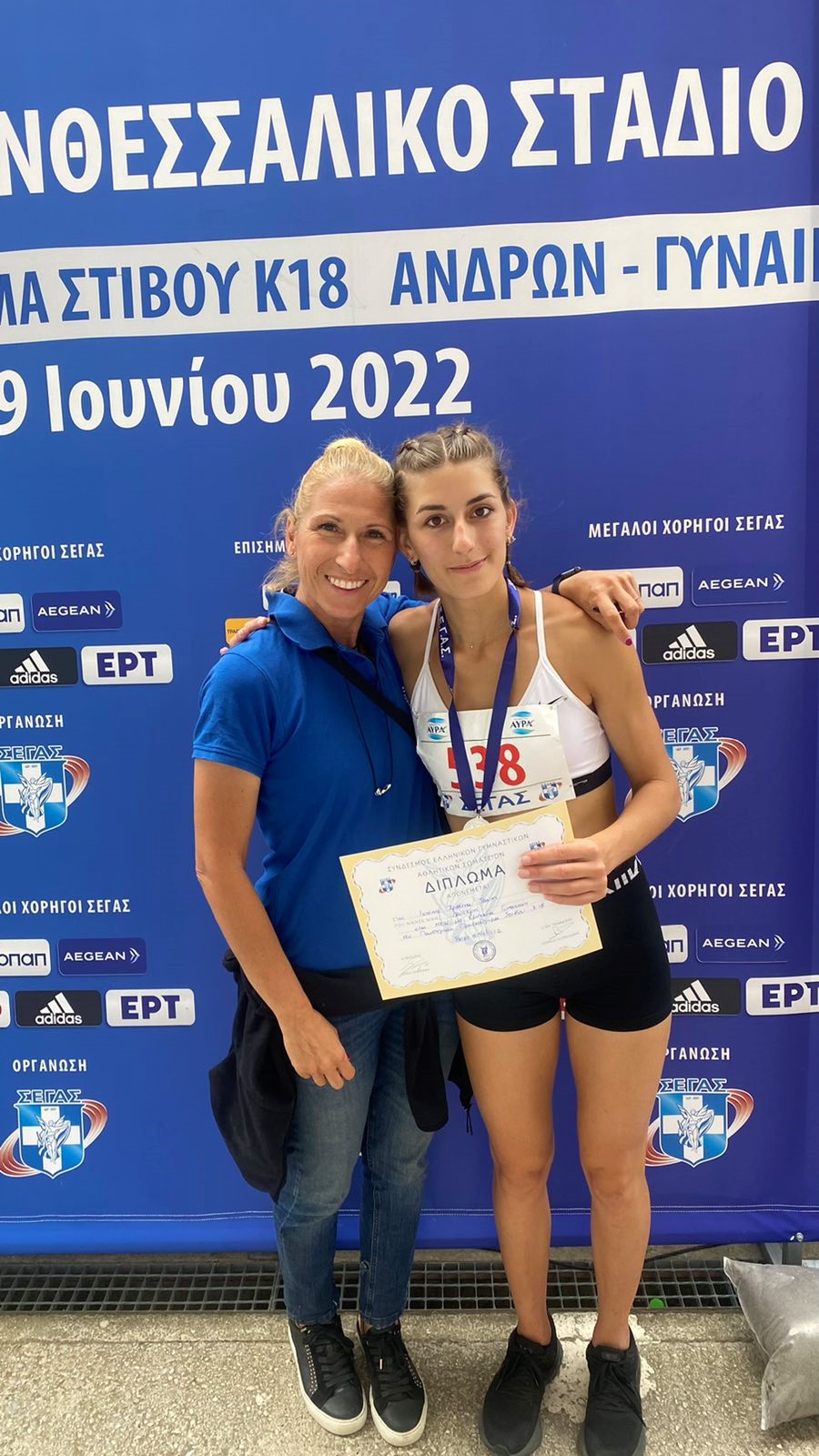 Ioanna Tsoni (Pierce student on an athletic scholarship) won the silver medal in the PanHellenic championship, held in Volos, June 18-19.

Ioanna achieved the best ever result by a Deree Track & Field Academy athlete, with 14,28 in the 100m hurdles and reached the limit for the European Championship that will be held on July 4-7 in Jerusalem!

Excellent performances were also made in the 100m, by Emilios Skourtis (Pierce student on an athletic scholarship) with 11,34 and Filippos Georgantas, who achieved a personal best with 11,54.

Filippos Koutsioumpas also achieved a personal best in the long jump with 5,21m, while the U18 boys 4x100m relay team run the distance in 47,12. 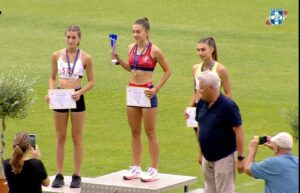 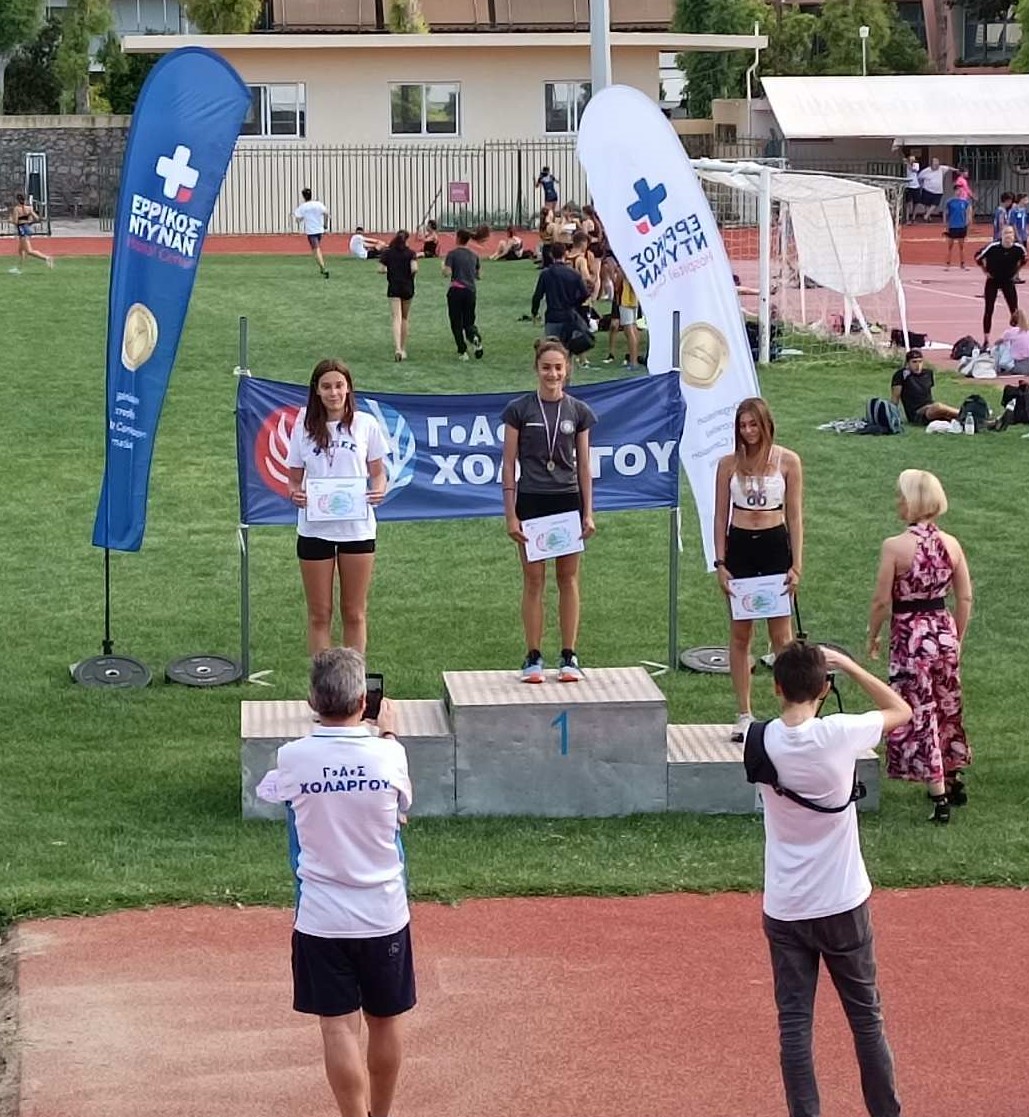 With one silver medal, qualification to the PanHellenic championship, and very good performance the Deree Track & Field Academy concluded their participation

in the “Tassos Xenos” event, held on June 15 in Cholargos.

Maria-Agathi Tzamakou achieved an individual record in the Girls U16 quadruple with a jump at 12.65m which won her the second place!

Our U18 athletes depart today to Volos, in order to participate in the Pan-Hellenic championship that will be held at the Panthessaliko Stadium.

Congratulations and good luck to all!!!

On June 11-12 the Deree Track & Field Academy participated in the “10th Papanastasia”, held at the Panellinios stadium.

“Tassos Xenos 2022” – the last event before the summer Panhellenic championships – will be held today in Cholargos, with the participation of 10 athletes of the Deree Track & Field Academy.

Congratulations to all athletes and good luck in the upcoming events! 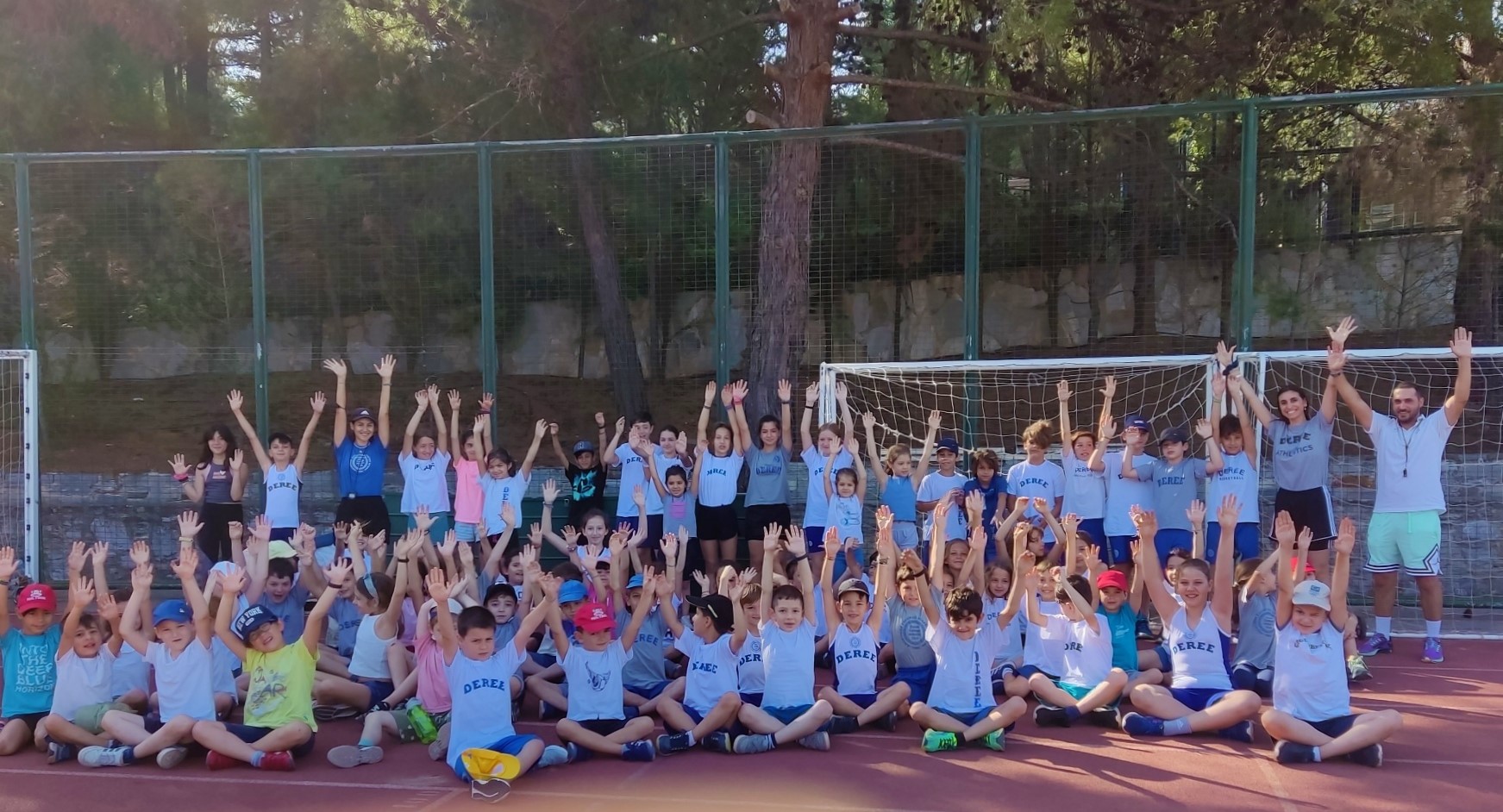 The “U14 Boys and Girls Track & Field tetrathlon”, was organized on Saturday, June 4 in our facilities with the participation of Paleo Psychiko, SAKA, ASE Douka, and Moraitis School, and our athletes winning 3 medals! Eugenia Remoundou won the gold medal in girls vortex with 30.60m, Philippos Milionis won the gold medal in boys vortex with 45.00m, and Evangelos Papageorgiou the silver medal with 43.00m!

Our younger athletes had also the opportunity to participate in competitions in 50m, 600m, and long jump.

Congratulations to all, for their effort and enthusiasm!

On Saturday, June 4, the “U14 Boys and Girls Track & Field tetrathlon” will be held at the premises of the Deree Track & Field Academy in Agia Paraskevi, with the participation of Paleo Psychiko, SAKA, ASE Douka, and Moraitis School.

Competitions will be also held for the U9 and U12 athletes, in order to enjoy the games, after two years without competitions due to the  pandemic. 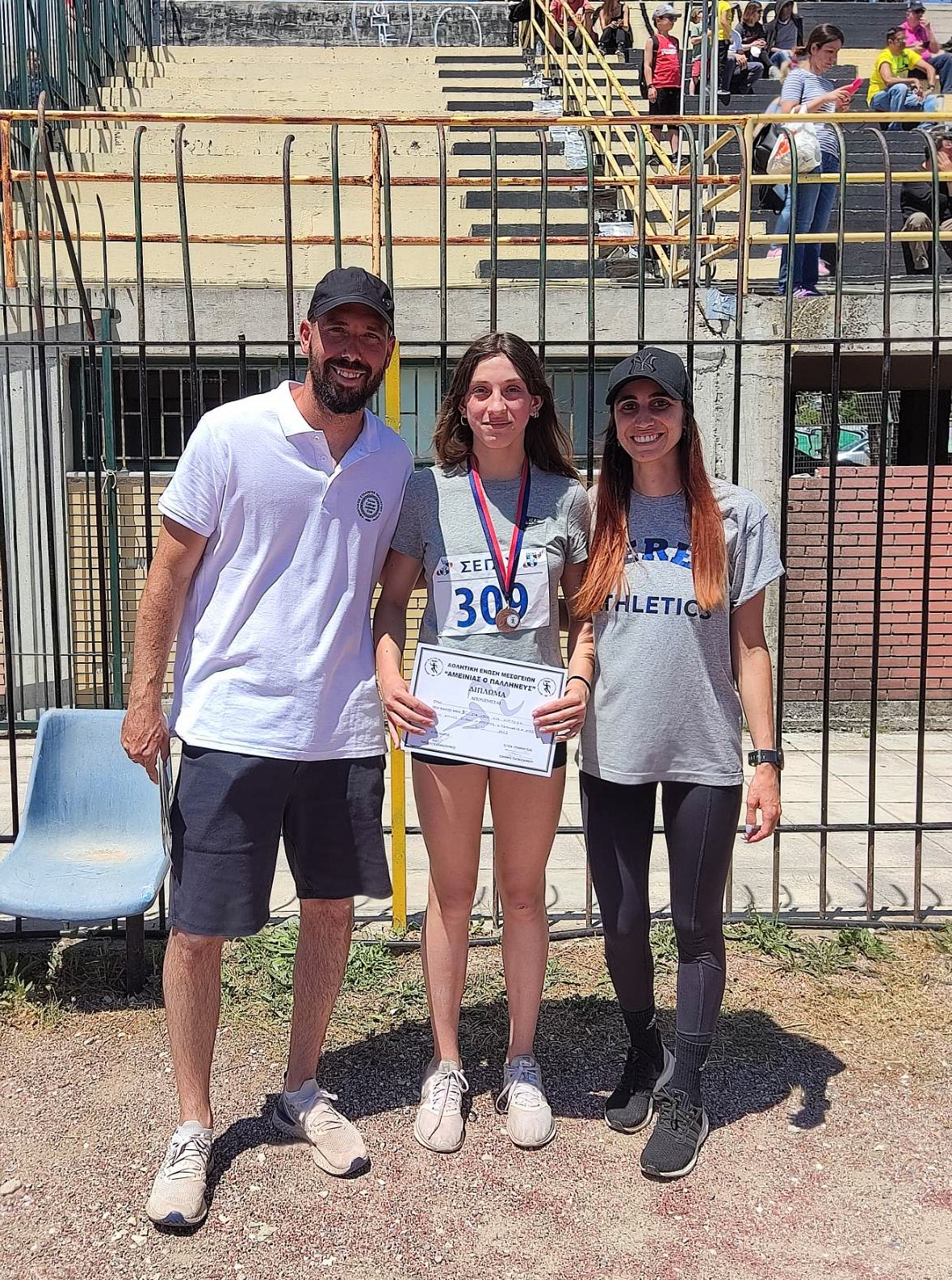 The Deree Track & Field Academy won 4 medals in the meeting “Aminias Pallineus 2022” on Saturday, May 21, held in Pallini’s Stadium.

Ioanna Tsoni (Pierce student on an athletic scholarship) won the bronze medal with 15.02 in the 100m hurdles (U18), Filippos Georgantas won the gold medal with 17.73 in the 150m (U16), and both broke their individual records and set a new DTFA record!

Evelyn Mitropoulou won the 3rd place with a personal best record of 19.68 in the 150m (U16), while Filippos Koutsioumpas, Apostolos Kontarinis, Panagiotis Pavlopoulos and Filippos Georgantas won the silver medal with 39.73 in the U16 boys relay (4X80m).

Find all the results in the link: https://www.ameinias.gr/portal/

The Deree Track & Field Academy will be participating with 20 athletes in the meeting organized by “Aminias o Pallineus” on Saturday, May 21 in Pallini’s Stadium, in their effort to reach the limits set in order to qualify to the PanHellenic championship. 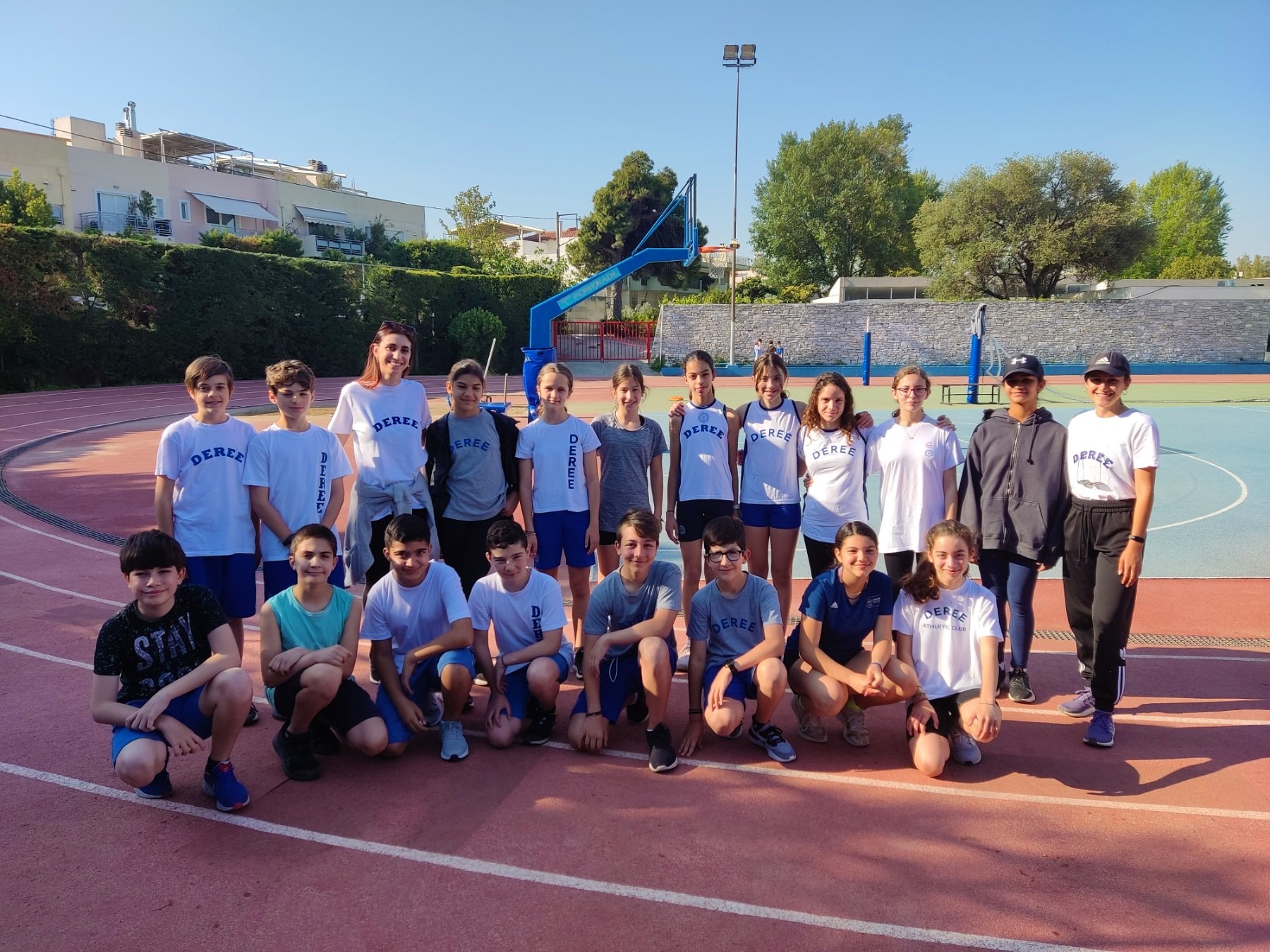 Three medals and very good performances for the Deree Track & Field Academy in the “U14 Boys & Girls Track & Field event”, held on Saturday, May 14, at the “Dais” athletic center.

Our athletes will be participating in the upcoming “DCAC Boys and Girls Track & Field event” that will be organized by the DCAC on June 4 in our athletic facilities.

Congratulations to all athletes for their participation and excellent performance!