The measurements on our young athletes will be made in the following skills:

These results will be compared with those of the second phase that will take place in May, in order our coaches to evaluate the progress of their athletes! 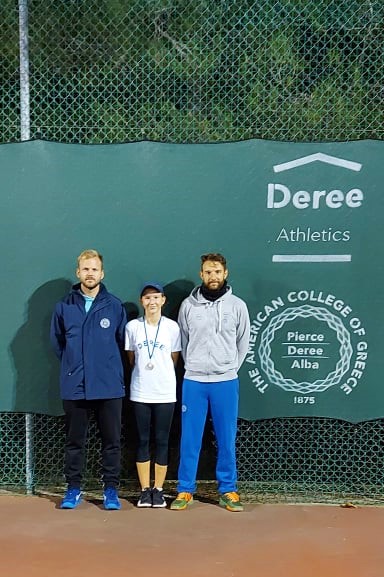 Diana Svintsitska won the 3rd place in Rafina’s tournament, by wining 4 matches in a row on the road to the semi-finals, where she finally lost in details with a score of 7-6, 7-5.

Iris Dimopoulou managed to reach the quarter-finals in Vari’s tournament, achieving 4 victories in a row! 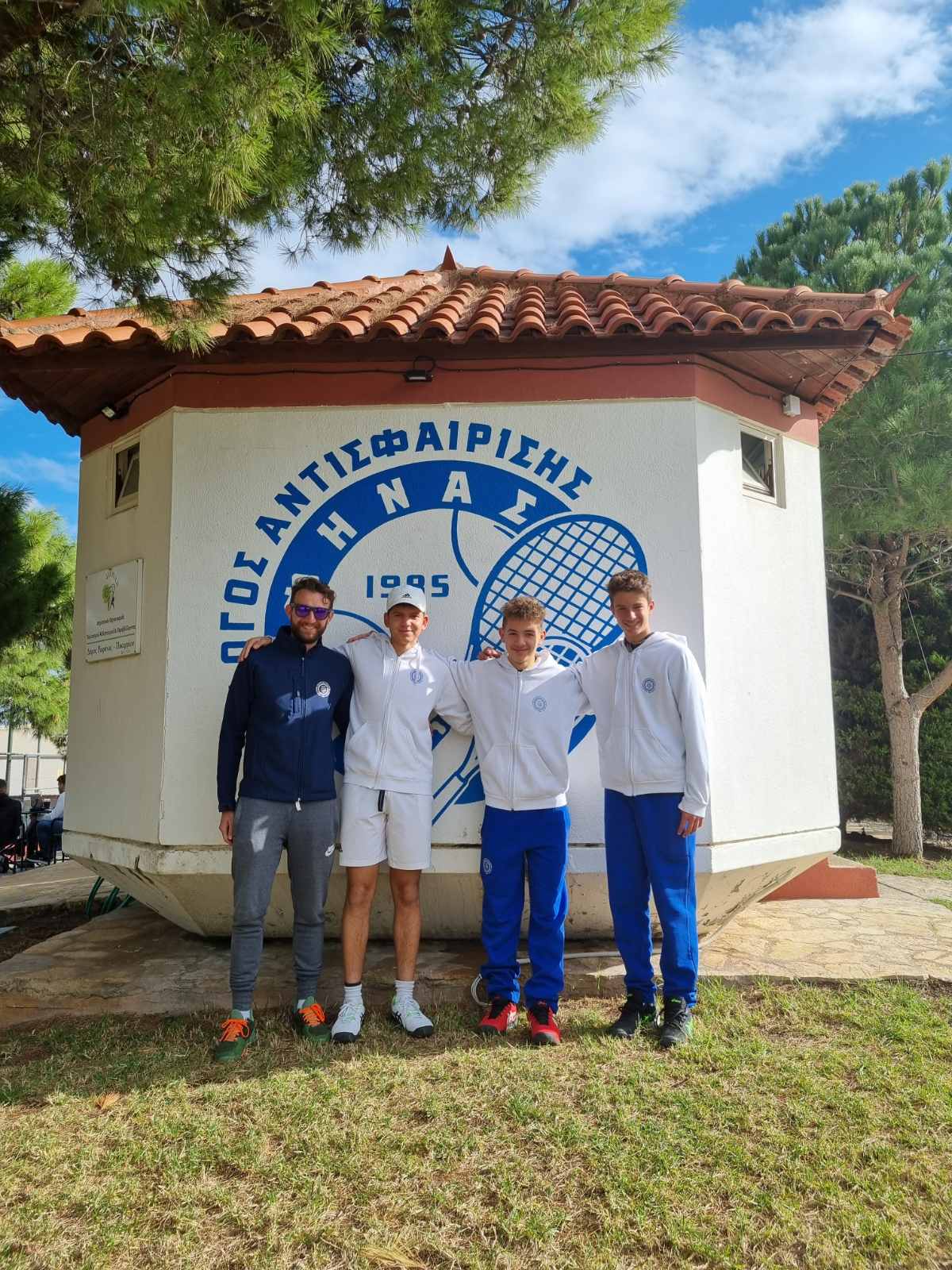 Our athletes performed very well in the first round of the tournament held in Rafina November 26-28, won 3-0 S.A. Chalkidas, and advanced to the next round!

Dimitris Goutas and Giannis Sakkas (Pierce student on an athletic scholarship) won their matches in singles, and George Tzitzimikas with Dimitris Goutas won their in the doubles, making it a 3-0 win for our team!

Next round will be played December 17-19, and the winner will be promoted to the A’ national division!

Congratulations to all, and good luck in their upcoming games! 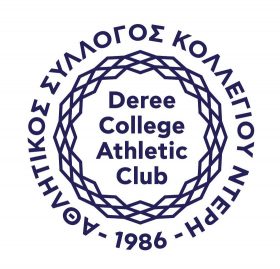 The Deree Swim Academy will be participating with 19 swimmers at the “Winter Swimming Cup – Mountains Meet” that will be held November 26-28 in Karpenisi. Some of the top swimmers in Greece are also expected to participate, and it will be a good opportunity for our swimmers to compete against them!

Additionally, on the upcoming weekend, 28 of our younger swimmers will be participating in Athens at the first “U12-Winter Season swim meet”. 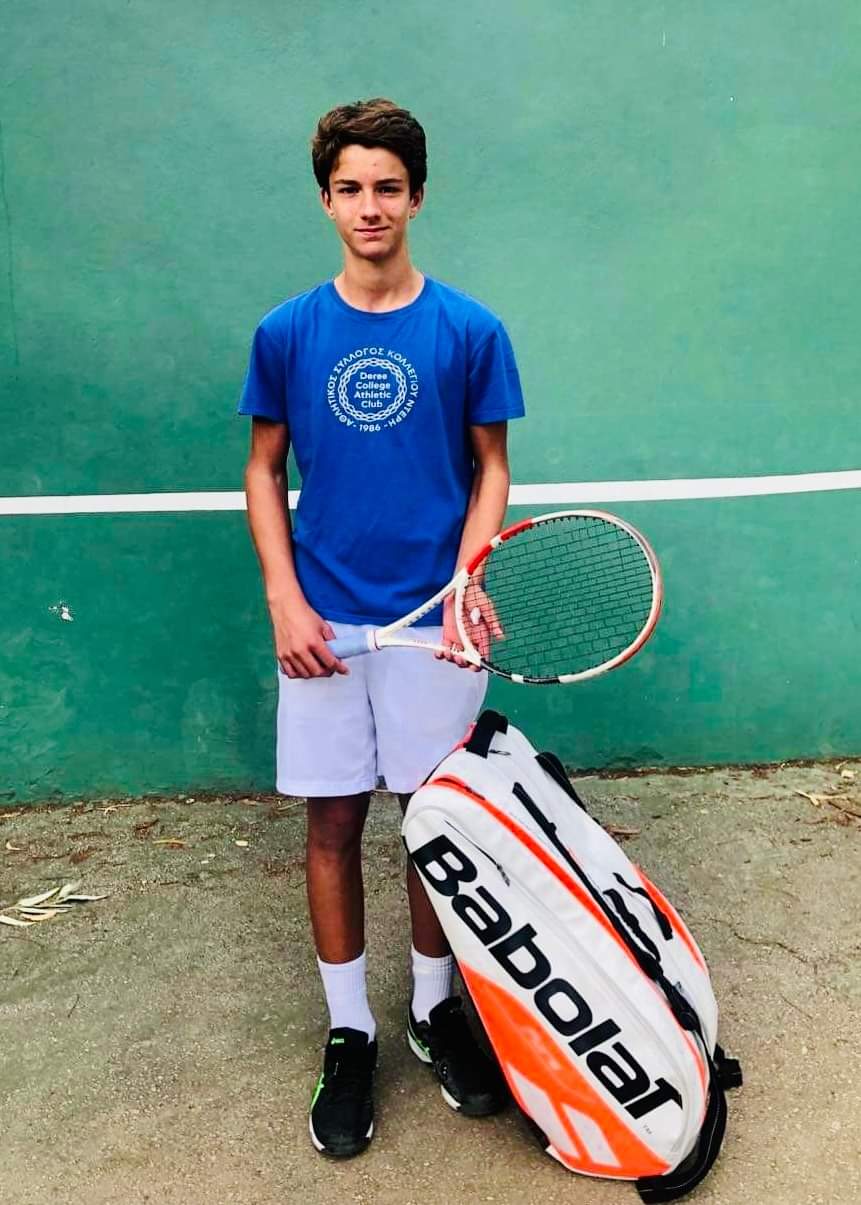 Giannis Sakkas (Pierce student on an athletic scholarship) won the 5th place in the “Masters U14” tennis tournament, held on Chalkida, November 19-22. 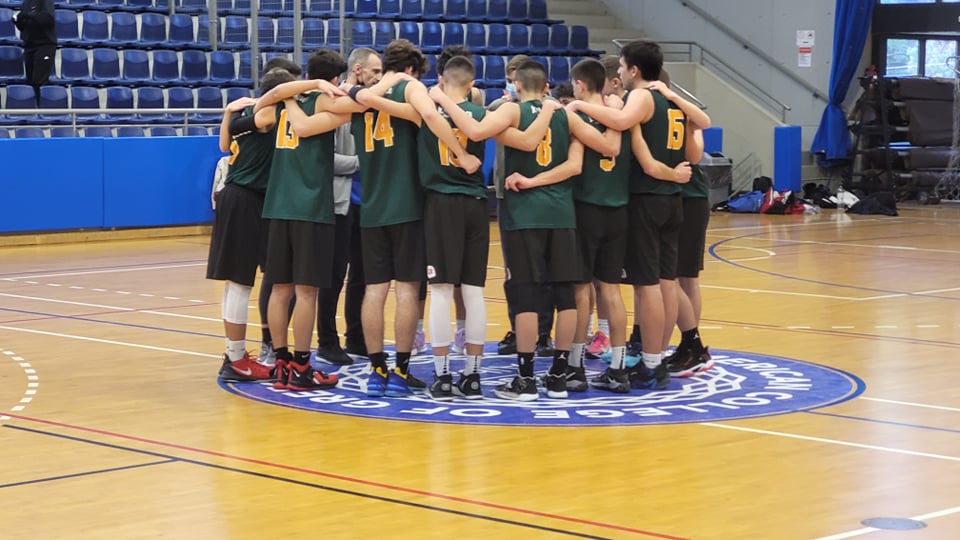 You may find more information about the Jr.NBA at: https://www.jrnbagreece.gr/el/scores/top16 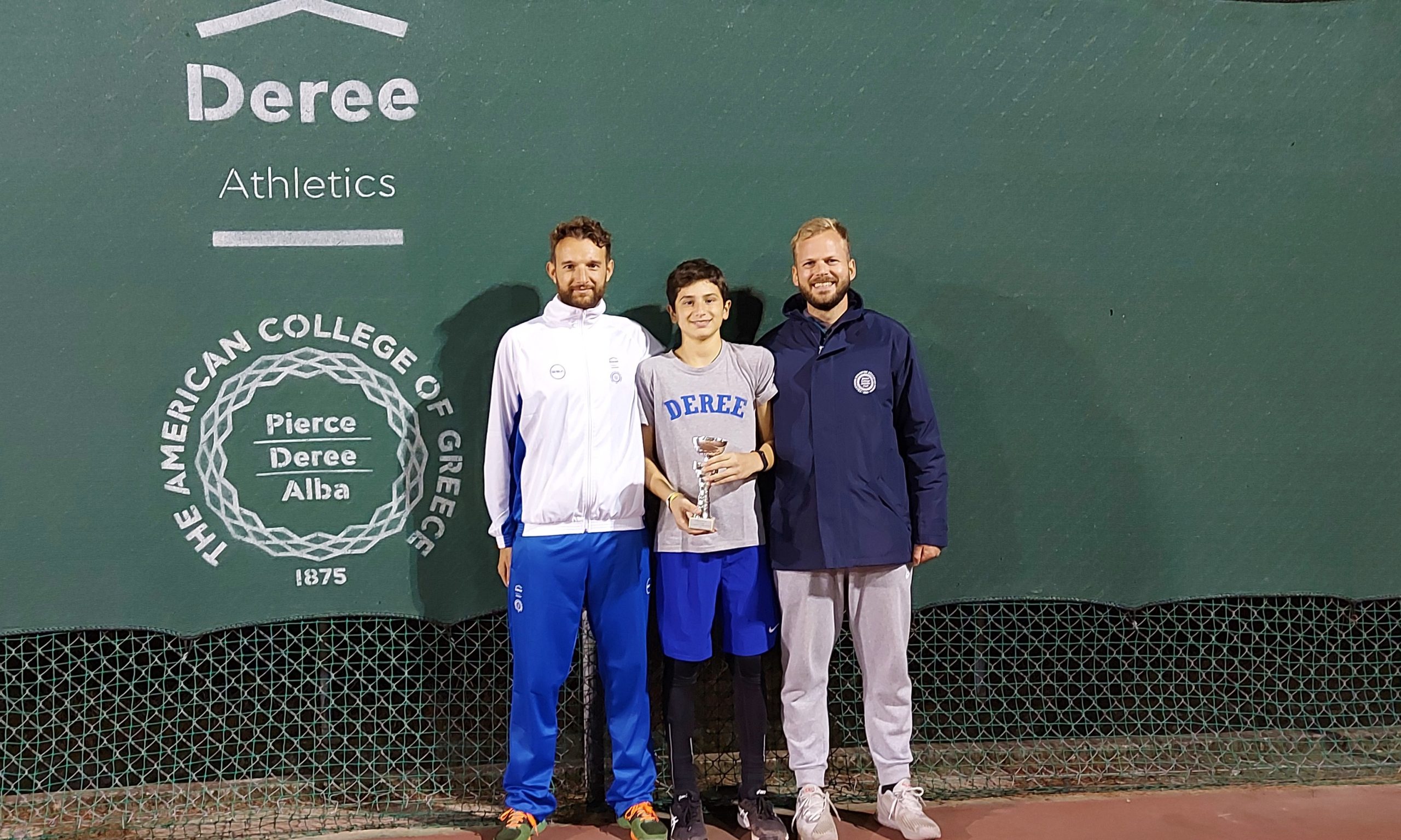 Very good performances were made from the Deree Tennis Academy athletes at the “E3 Open Tennis Tournament”, held in Vari on November 12-16, for boys and girls U14 categories.

Paris Passas won the 2nd place in the main board of 128 athletes, after making 5 victories in a row on the road to the final, while Diana Svintsitska – participating in an older age category – managed to reach the 16th place with two victories in a row.

Congratulations to our athletes and their coaches! 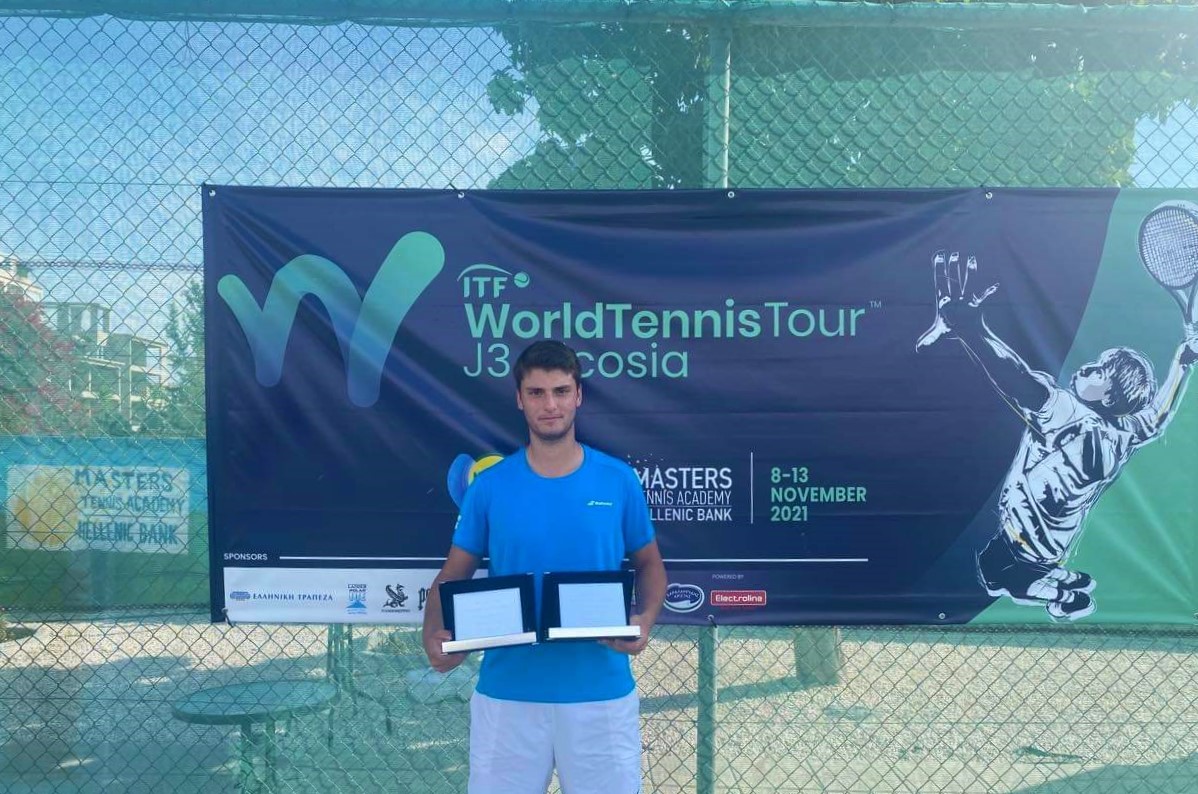 Thodoris won the 2nd place in the singles and in the doubles, playing with Matthew Rankin a lot of competitive games.

During the first round of the singles, he faced Labros Pantazaris from Cyprus (6-1, 6-1), in the second round Juba Jakub from Czech Republic (6-0/ret), and in the third round Weir Phoenix from Great Britain (7-5, 6-3).

Our athlete is at number 259 of the world junior ranking and is expected to climb higher after his remarkable success.

Thodoris will also take part in the qualifying round of the 15.000$ ITF Men’s Professional Tournament, which will be held at “Lyttos Beach Hotel” (https://www.lyttosbeach.gr/gr), Crete, on November 15-21.

Very good performances by our Deree Tennis Academy young athletes who participated in the «Open-U10 Tennis Tournament», held at the “Vrilissia Tennis Academy” on Sunday, November 7.

Iris Dimopoulou and Ioanna Tsitskeli won the 1st place, Veronika Stepanishcheva the 2nd place, and Paris Karmaniolas the 4th place in their groups.

Congratulations to all for their effort! 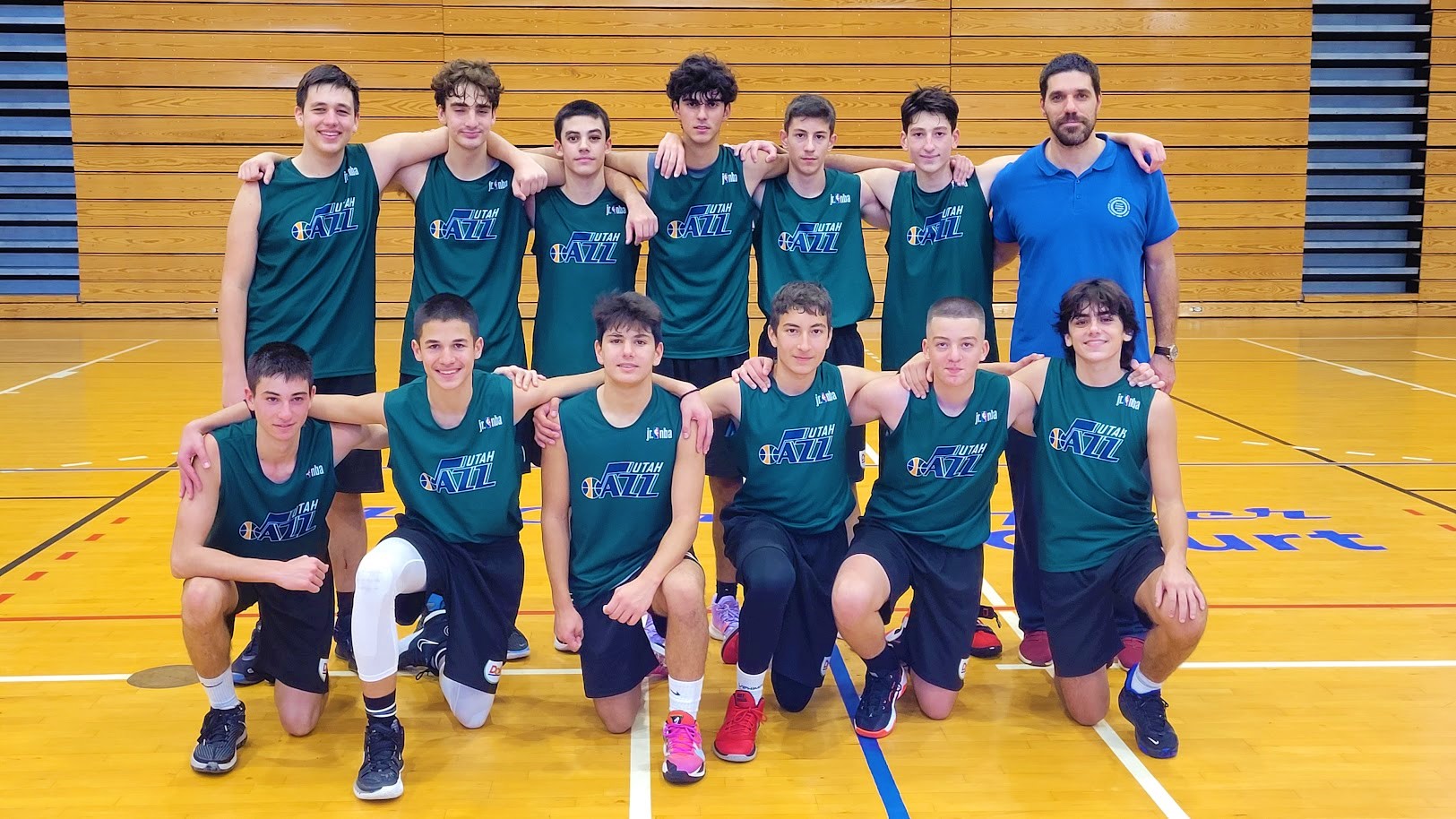 On Saturday, November 6, our U15 team in the context of the Jr.NBA tournament, played as “Utah Jazz” against the “Sacramento Kings” (Drapetsona). Our team won the game 78-60 and advanced to the Final-8, where we will face the “Los Angeles Clippers” (Proteas Voulas).

The game will be played on Saturday, November 13 at the Deree Gym / A. Christopher court, and the winner wins a ticket to the Final-4!

For more information regarding the Jr.NBA tournament you may visit: https://www.jrnbagreece.gr/el/scores/top16