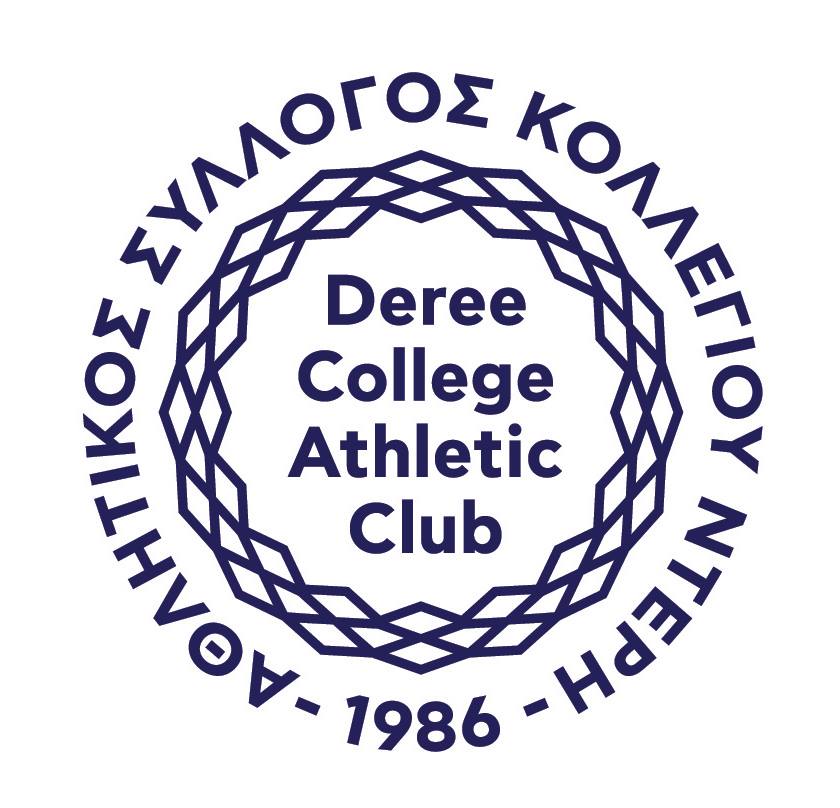 After a long one-and-a half year break due to the Covid-19, the “Jr. NBA” tournament restarted, and on Sunday, October 17, the Deree Basketball Academy / Utah Jazz won 63-46 the G.S. Gklykon Neron / Portland Trailblazers and advanced to the playoffs! 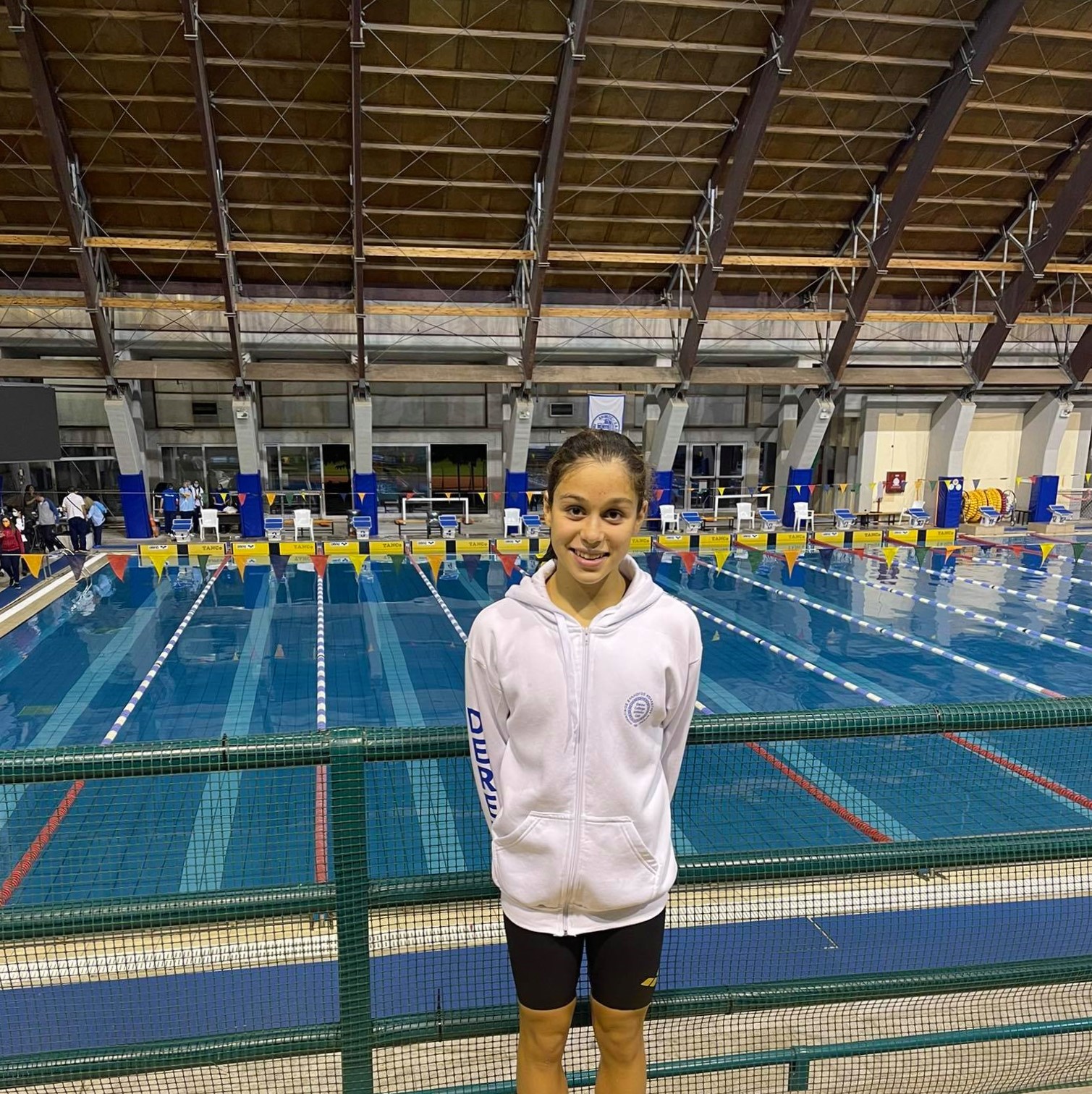 The Deree Swim Academy competitive team got off to a great start, with remarkable performances and Pan-Hellenic and individual records, in the 25m. swim meet held on October 16-17 at Halandri.

Next swim meet is October 23-24 in 50m pool, where more swimmers of our team will participate.

Very good performances for the athletes of the Deree Tennis Academy in the E1 Tournament, held in Larissa on October 7-13.

Giannis Sakkas (Pierce student on an athletic scholarship), won the 3rd place in the singles and the 2nd place in the doubles, playing against Andreas Messis in the U14 category.

Paris Passas reached the tournament’s 16th place with three victories in a row.

Dimitris Goutas reached the semi-finals in the U18 category, and Diana Svintsitska achieved two victories in the qualifiers and reached the 32nd place of the main board in the U12 category.

Congratulations to all athletes for their effort! 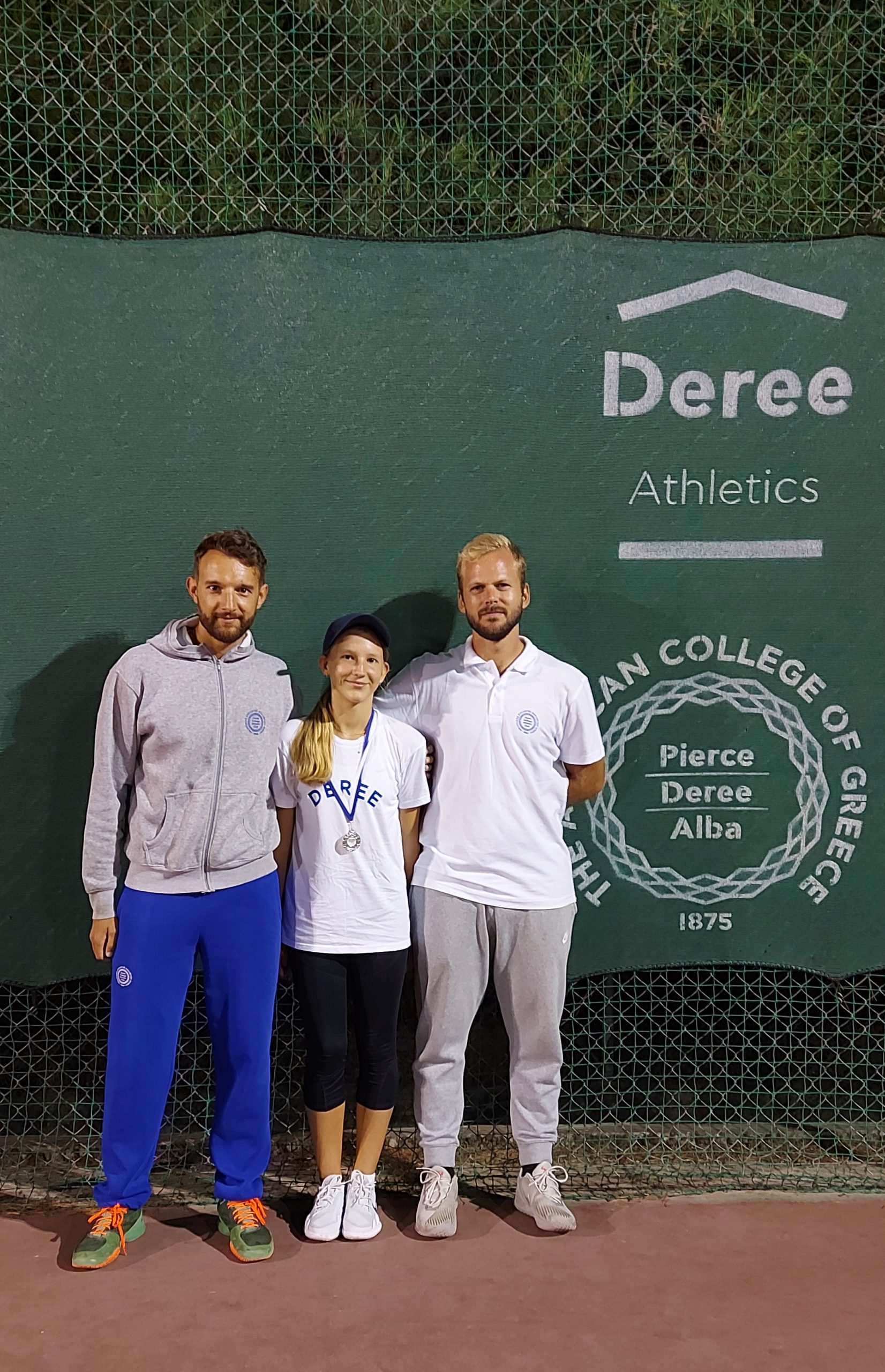 Very good performances for the athletes of the Deree Tennis Academy in the E3 Tournament, held in Rafina on October 1-4.

Diana Svintsitska won the 3rd place in the U12, while Vaggelis Triantafyllakis in the U12 category, and Marily Iliopoulou and Isabella Demiko in the U16 category reached the quarterfinals of the tournament.

As a reward to their magnificent performance, 13 athletes of the Deree Swim Academy have been included in the 2021-22 pre-national swim teams:

Congratulations to all athletes! We are very proud of you!

Giannis Sakkas reached the semi-finals in singles, and won the second place in doubles with Nikolaos Makris.

Giannis played with Andreas Messis and won the 2nd place in doubles, by reaching the tournament’s 16th place in the singles.

In addition, Isabella Demiko and Dimitris Goutas will participate in the “ITF International Junior Tournament” in Rhodes September 27-October 2.

Congratulations to all and good luck in the tournaments! 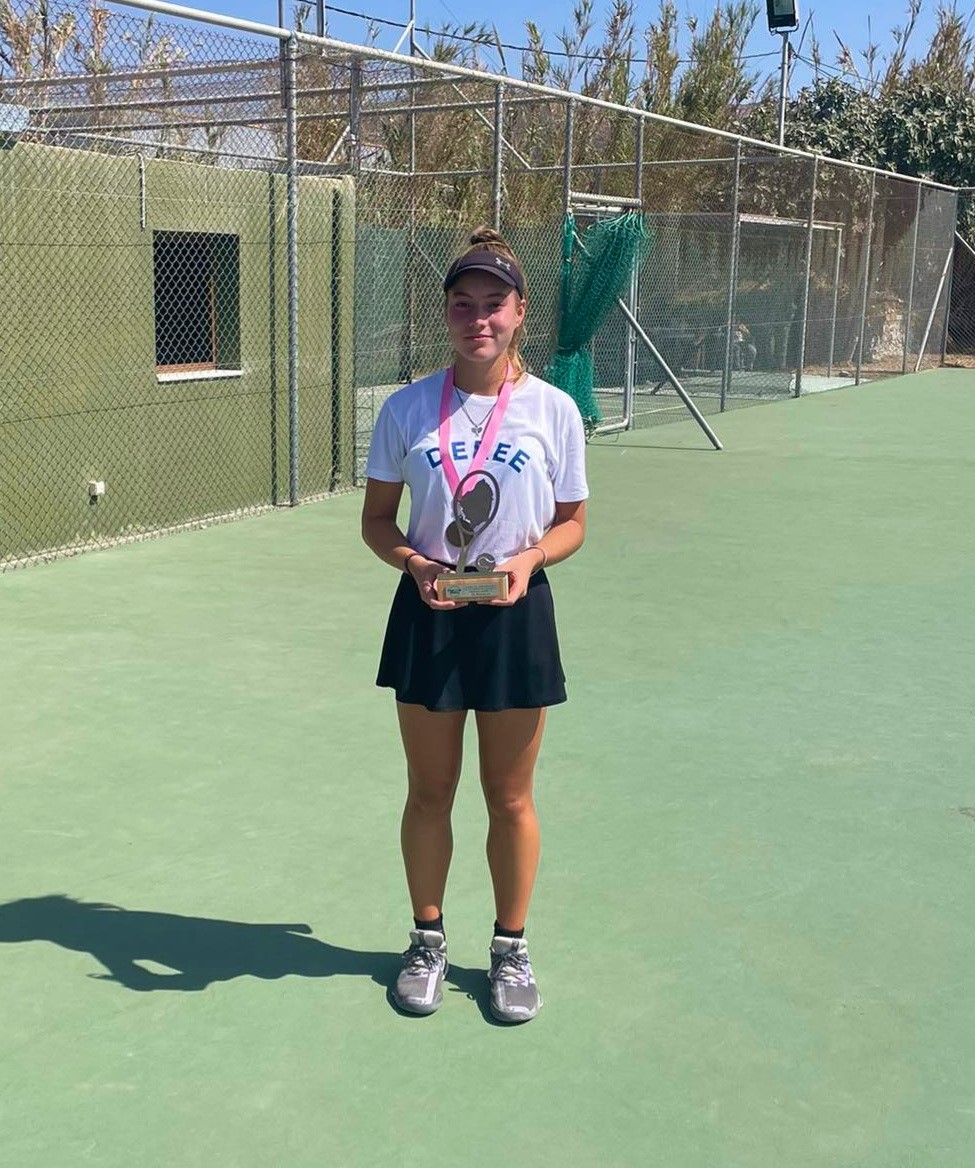 Marily Iliopoulou won the 3rd place in the singles and the 2nd place in the doubles, at the E2 tournament organized by “Athlopaidia Naxou” playing with Anastasia Barbaroutsi.

Congratulations to all and good luck at the tournaments to follow! 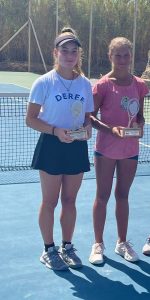 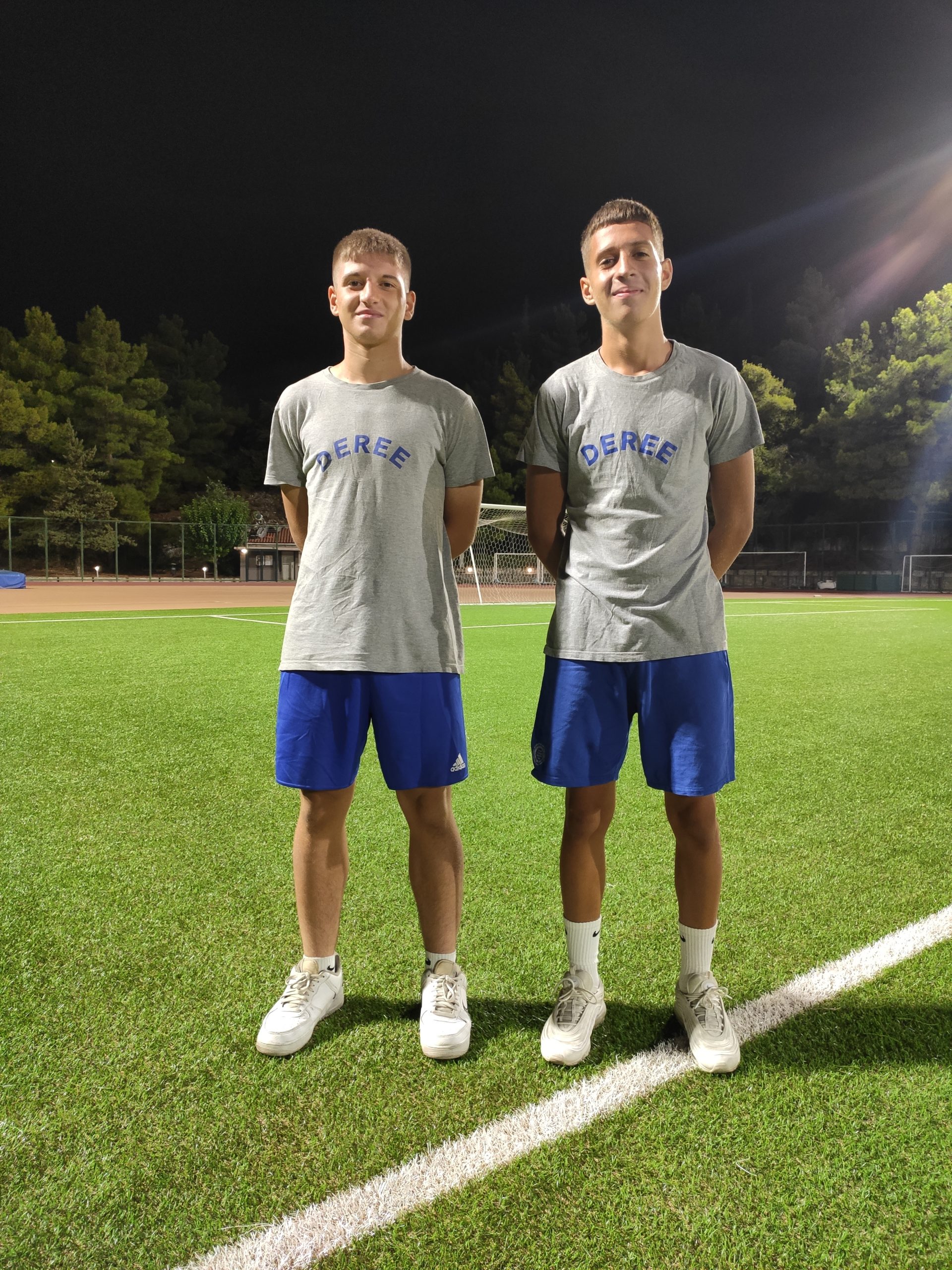 Vasilis Xenos and Vasilis Martzoklis will be in the professional league with the U16 and U18 teams of Apollon Smyrnis, making five the total number of the Deree Soccer Academy players transferred to a professional team since 2014 that our program started.

Congratulations to our coaches Panagiotis Kagkarakis and Konstantinos Siokos for their hard work and good luck to our athletes!

After a year, on Sunday, September 12, Deree Basketball Academy (U18) had the first friendly game of the season against A.S. Ionas Volou.

The game took place at the Deree College, following all health protocols, with a final score 69-51 for our team.

Congratulations to all! Our warmest wishes for a successful, safe and healthy athletic year!