The Deree Basketball Academy (U16) and (U18), departed today to Portaria, Pelion, where they will play friendly games. 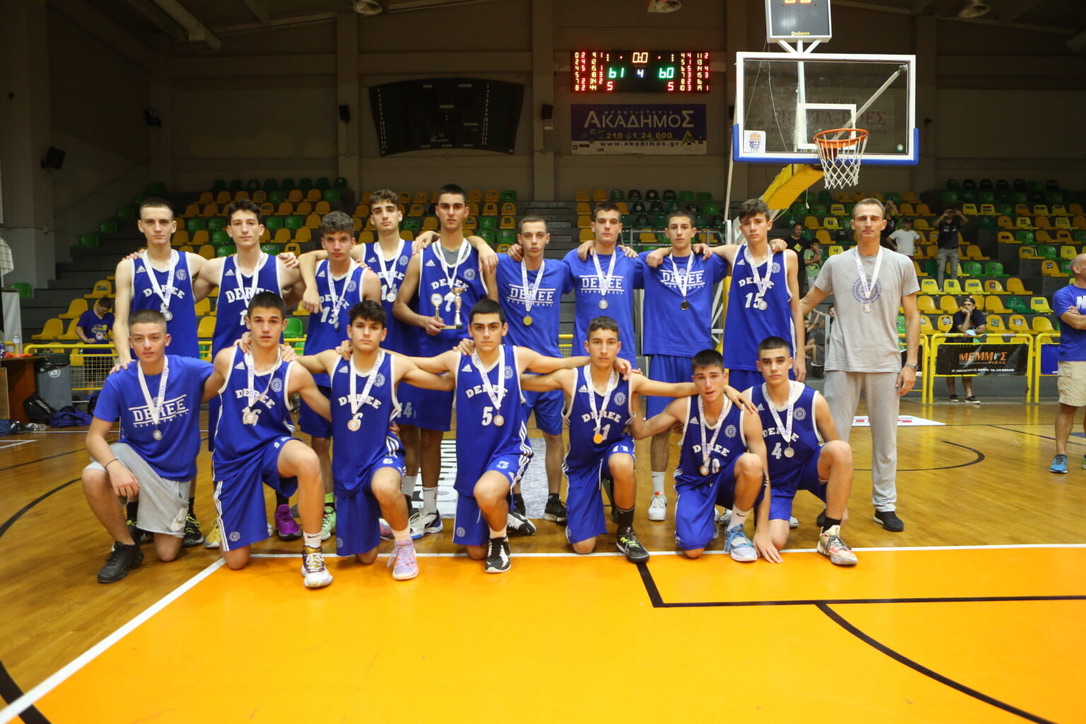 Our U15 team won the second place in the E.S.K.A. Final-4, as after its win over Apollon Smyrni with 65-49, lost the final in details to GS Peristeriou with 61-60, after a heart breaking game in which both teams played excellent and deserved the win!

Congratulations to our young athletes who finished the season with great success, and to the athletes of all teams who gave their best effort in the E.S.K.A Final-4, which was successfully organized on June 25-26!

Happy summer to all! 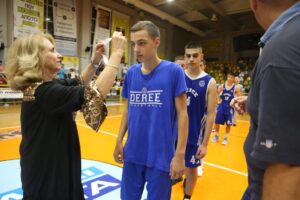 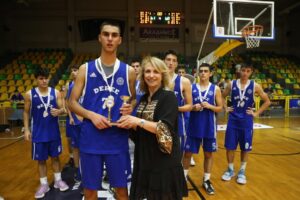 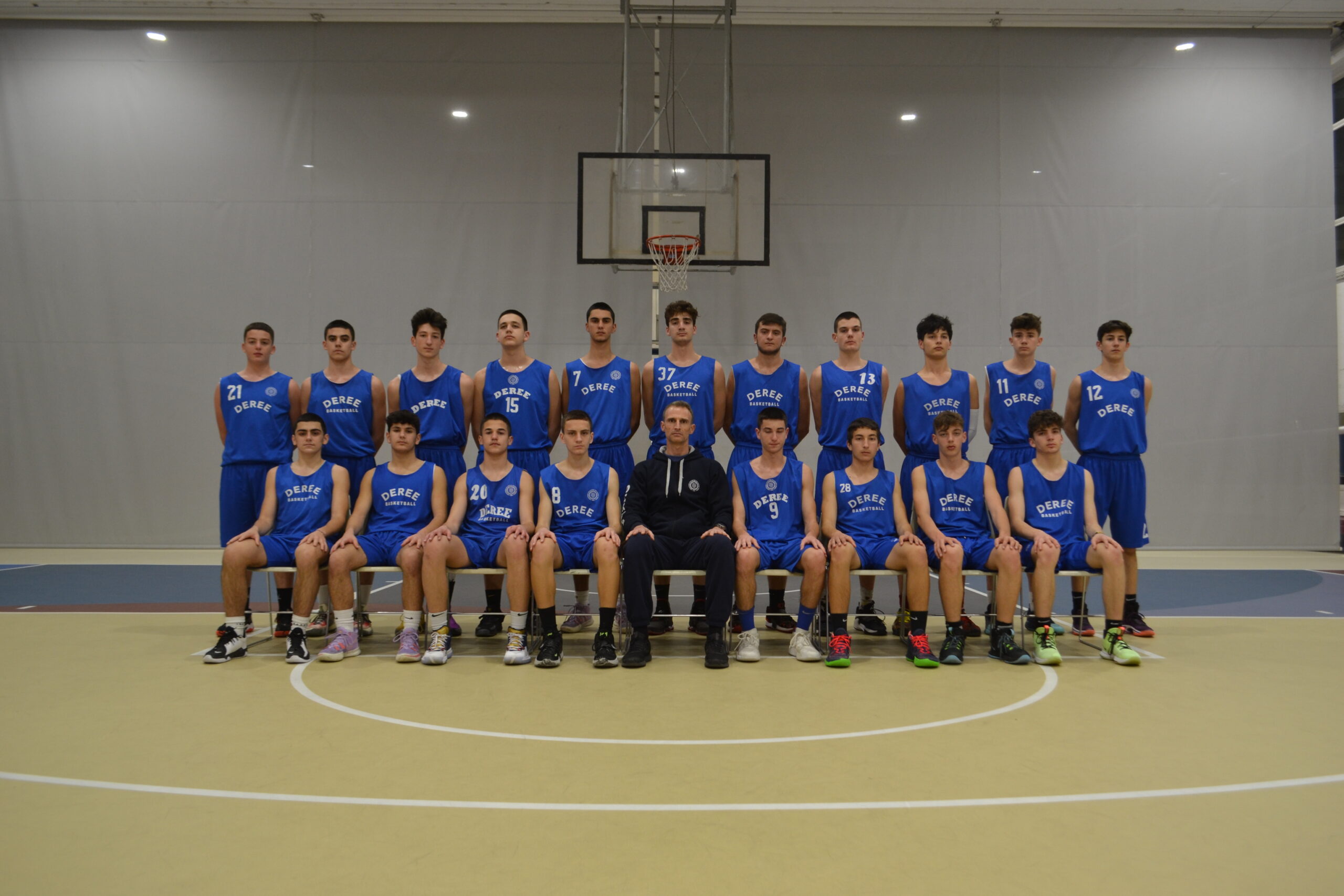 With a win of 81-65 against the G.S. Vrilission team, the U15 team of the Deree Basketball Academy was qualified for the third time in its history to the ESKA U15 Final-4!

Congratulations to all players for their dedication, and to their coaches for the excellent work that led our team to the Final-4!

We wish good luck to the athletes of all teams and hope to enjoy great games! 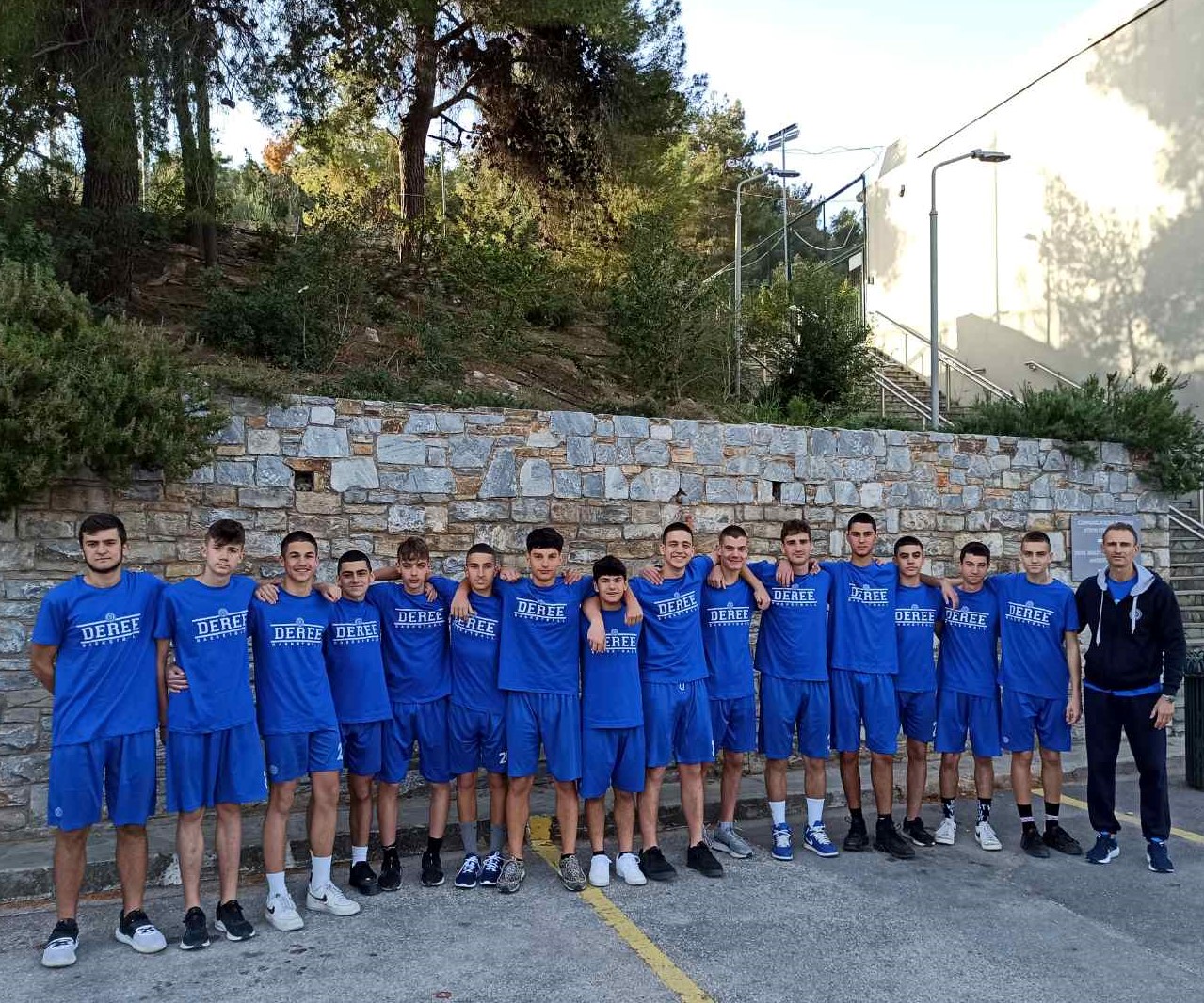 The Deree Basketball Academy U15 team participated with 17 athletes, at the “Promitheas Park Tournaments” held April 26-29 in Patras, where they had the opportunity to compete against the best Greek basketball academies!

Our athletes played five games of high difficulty, and gained valuable experience for their upcoming competitions.

You may see all the results in the following link: https://www.promitheasbc.gr/index.php/tournoua/tournoua-pampaidon-2021-2022

Congratulations to all athletes for their effort and excellent behavior, and special thanks to Mr. George Karagoutis for the excellent organization of the event! 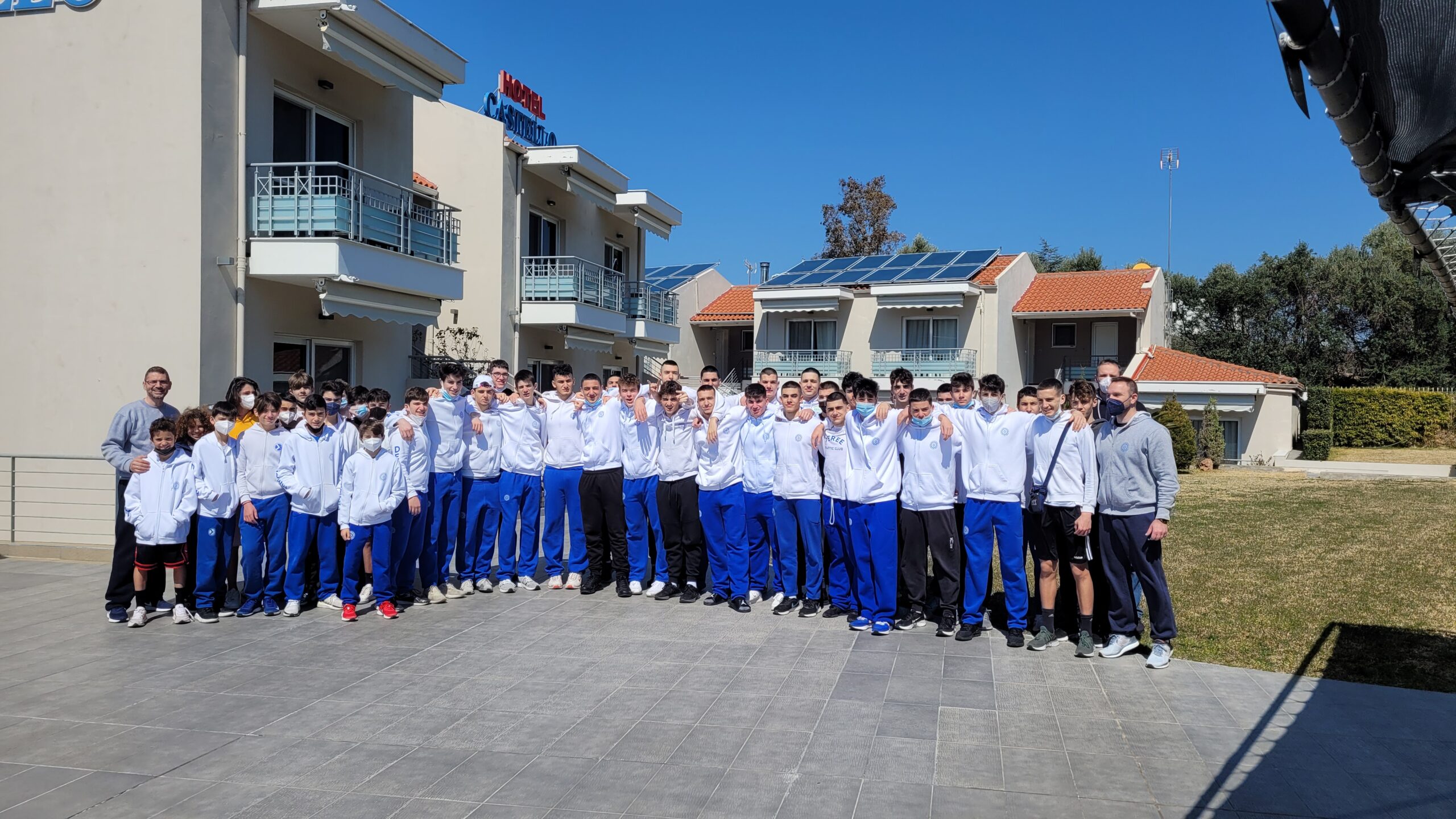 On March 25-27, the Deree Basketball Academy (Mini, U15 and U18) travel to Patras and participated in the Euroleague “Next Generation” International tournament, where our athletes had the opportunity to participate in very interesting friendly basketball games.

The Mini team played against Promitheas Patras BC and the Anoixis Academy, the U15 team lost by one point by the AEK (U16) team and won their second game against Nikopolis, while the U18 team won both games played against Agia Patras and Kronos Gerakas.

In the context of the tournament, the Deree Basketball Academy also participated in 3-on-3 competitions, and won the 1st place in boys born in 2006 and 2007!

Special thanks to the organizers Promitheas Patras BC for the opportunity offered to our young athletes to participate and enjoy such an amazing athletic experience after a long time, due to the restrictions imposed by the pandemic! 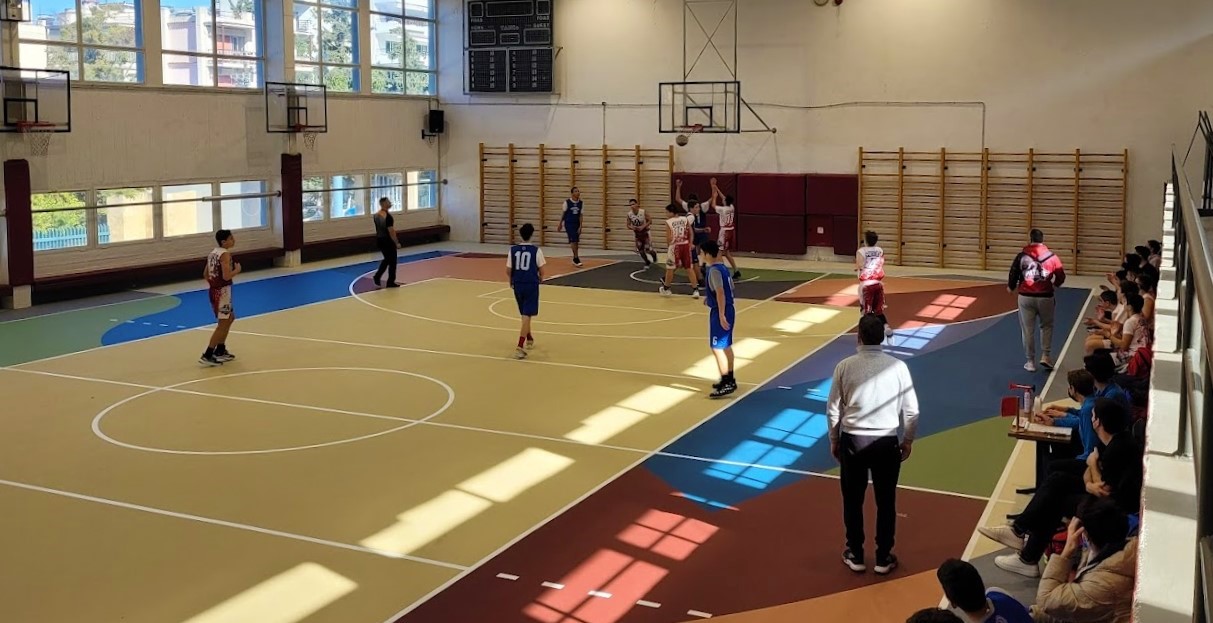 On Saturday, February 5, the U16 and U18 teams of the Deree Basketball Academy played friendly games against the “Norges Toppidrettsgymnas” («NTG»), from Norway who visited Athens last week.

Both games played at the Deree Gym with a score of 63-66 (U16) and 58-71 (U18) for the Norwegian team, while the other scheduled games of DBA took place at the renovated Pierce Gym.

Congratulations to both teams!

Due to the limited capacity of the athletic facilities announced under the special restrictive measures in order to prevent the spread of the Covid-19 pandemic, the games of the following groups of the Deree Basketball Academy and the Deree Volleyball Academy scheduled at the Pierce Gym, will be played with NO SPECTATORS.

An update will follow, when there will be a change in the maximum capacities permitted.

Thank you for your understanding and support in the effort to return to normal operation the soonest! 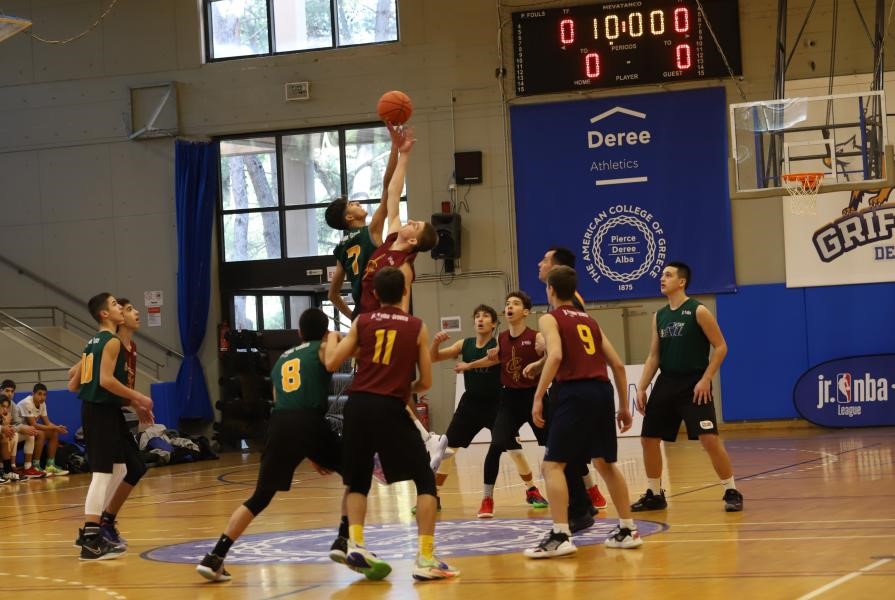 Our 2007 team – playing as Utah jazz – reached the final of the Jr. NBA Greece Basketball League, after winning the “East” conference with 7 wins in a row!

Congratulations to all for their effort and the great games played!

Merry Christmas and Happy New Year to all! 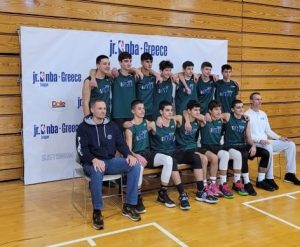 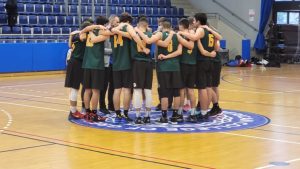 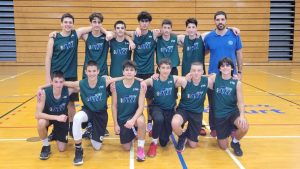 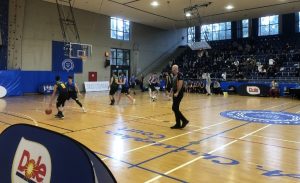 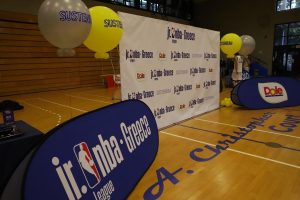 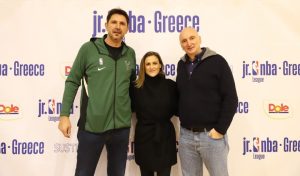 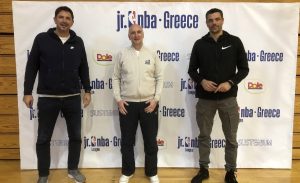 During the holiday season and from December 27th to January 12th, renovation works will be carried out at the Pierce Gym, including the installation of a new floor at both courts!

This completes the 3rd phase of the renovation of Pierce Gym – after the construction of new offices, new locker rooms and a fitness room – delivering a fully upgraded facility!

The new courts will have a modern design and high quality standards that our young athletes, members, and Pierce students will enjoy from January!

The trainings of the Deree Basketball Academy and the Deree Volleyball Academy will take place for this period at the Deree Gym / A. Christopher court, and according to the schedule sent.

We wish you a Merry Christmas and a Happy New Year! 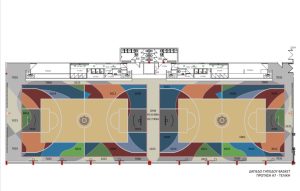 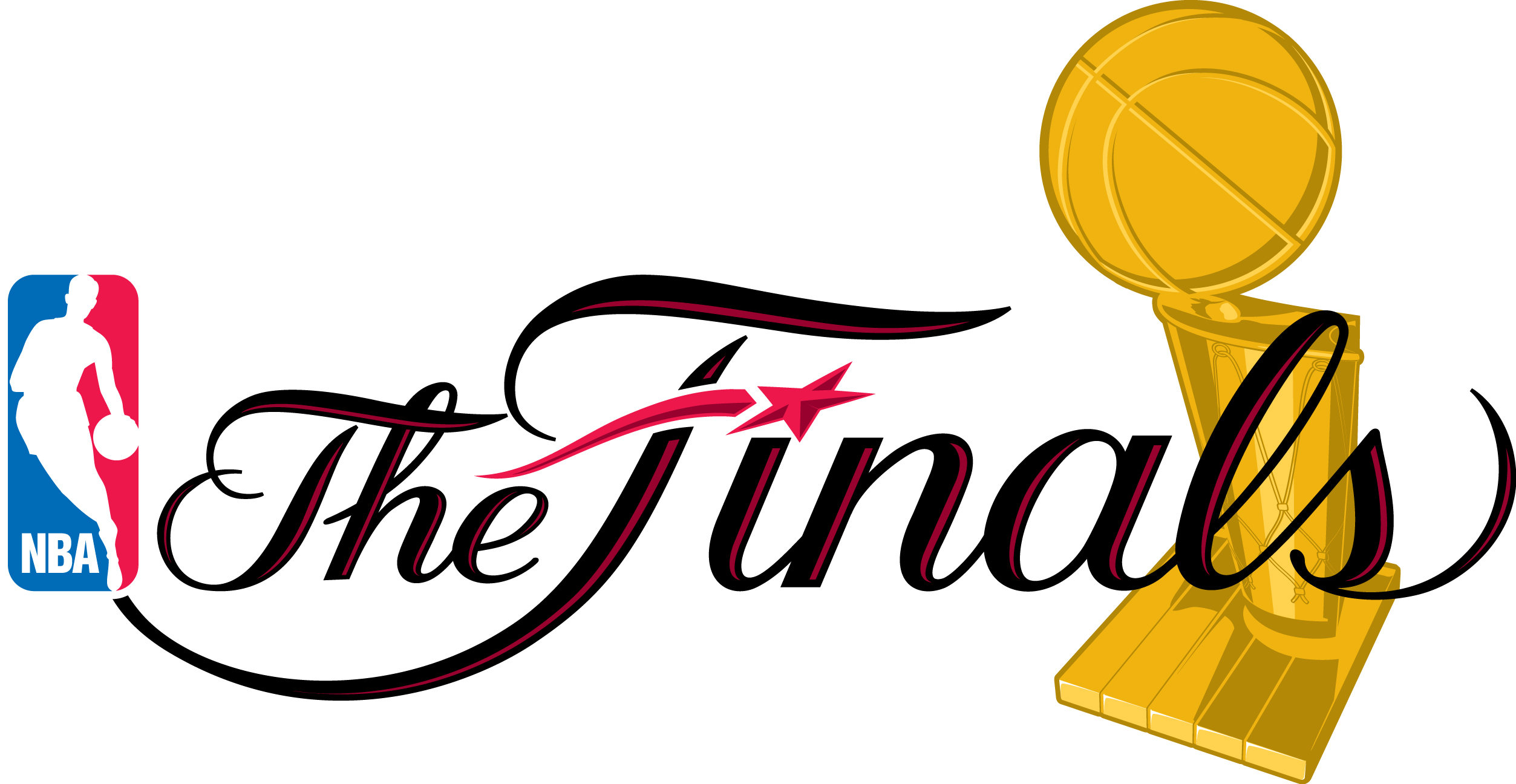 The Deree Basketball Academy U15 team – participating as “Utah Jazz” – reached the Jr.NBA Final-4 and in the semi-final is facing the “Golden State Warriors”(Ikaros Kallitheas).

The Final-4 of the tournament in which 30 teams participated, will be played at the Deree Gym/A.Christopher court with the following schedule:

Good luck to Deree and to all teams!

You may find more information about the Jr.NBA Final-4 games at:  https://www.jrnbagreece.gr/el/news/jr-nba-greece-basketball-league-final-four